House Prices To Rise In 2020 According To Almost All Analysts 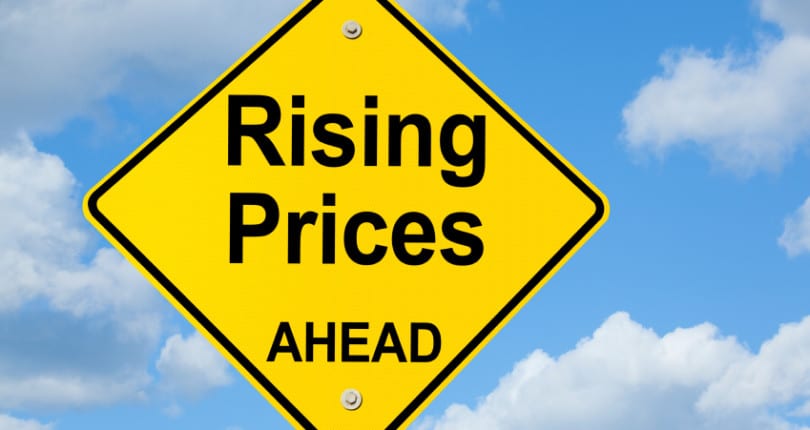 The scores are in….and it looks like house prices are going to rise gently in 2020 according to forecasts from almost all the respected property industry analysts in portals, consultancies and estate agents.

There are plenty of variables and unknowns, not least whether there will be a Brexit deal by the end of 2020. But here are the views of 10 of the leading companies casting their eye over the market:

Zoopla: city house prices to rise up to 4.0 per cent. Northern cities will benefit more than those in the south and according to insight director Richard Donnell: “We expect a limited boost to sales volumes in London over 2020, but for price growth to be constrained by affordability factors with London prices expected to rise by 2.0 per cent over the year.”

Rightmove: up 2.0 to 4.0 per cent. Again it’s the north set to benefit most, says the leading portal. “There will be regional variations. London is finally showing tentative signs of bottoming out, and we expect a more modest price rise of one per cent in all of the southern regions where buyer affordability remains most stretched” says analyst Miles Shipside.

Halifax: between 1.0 and 3.0 per cent: The bank says that, longer term, a renewed focus on housing policy and increased infrastructure investment outside southern England, as pledged by the new government, will see a boost to house prices in the north – but these won’t come in time for this year’s market.

EY Item Club: up 2.0 per cent. “Housing market activity – and possibly to a lesser extent prices – could be given a modest lift in 2020 if the government introduces specific measures aimed at boosting the sector in the Budget” predicts the club’s chief economic adviser, Howard Archer. But there’s a big worry if there’s a Ne Deal Brexit he says, warning that prices could fall 5.0 per cent in that case.

Royal Institution of Chartered Surveyors: up 2.0 per cent. Surveyors say there will be no uplift in transactions this year, mostly thanks to a long-running stock shortage which it says will characterise at least the first half of 2020. RICS is also forecasting that rents will rise by an average of 2.5 per cent across the UK, and slightly more in London.

Knight Frank: up 2.0 per cent. London will not see any price rise this year but the rest of the UK will start a longer-term upward shift in prices – the agency expects them to rise by up to 4.0 per cent annually until the end of 2024. Thanks to buy to let tax changes, expect to see some landlords selling up says the firm.

Jackson-Stops: up 1.5 per cent. This high end agency says the biggest demand in the year ahead will be for three and four bedders priced at £500,000 to £1m as resistance to stamp duty continues to impact the most expensive market sector. Thanks to greater political and economic stability, the wider market will edge up this year it says.

Fitch Ratings: up 1.0 per cent. Brexit dominates the thinking here – prices and transactions may both fall this year if there’s no deal come December, but if there’s a trade settlement expect prices to edge up. Next year, 2021, should see a larger rise.

Savills: up 1.0 per cent. Savills gives figures for 2020 but tops them up with a five year forecast. The overall trend is that the north west of England will see prices rising six times faster than those of London by 2024, as Bank of England base rate rises gradually to 2.0 per cent and transactions increase a little to 1.2m annually.

Chestertons; down 1.0 per cent. This is a high-end and London-only agency, but it offers up a UK-wide 2020 forecast showing a small fall. By contrast it says prices in the capital will increase up to 2.0 per cent this year but it admits that “prices and sales have been falling in London for several years” and values are now 20 per cent lower than in 2014.

Remember folks sharing is caring, so if you found this article interesting please share it on social media and tag a friend or forward it to them.

How To Make Your Resolutions Last In 2020

Easy Garden Makeover Tips To Add Value To Your Home

One of the most significant property trends to emerge from lockdown is the growing importance of...

How To Support Your Local Foodbank

People have experienced varying levels of hardship and distress, both emotionally and financially,...

It takes flexibility, compassion and stamina to navigate the eviction process at the best of times....